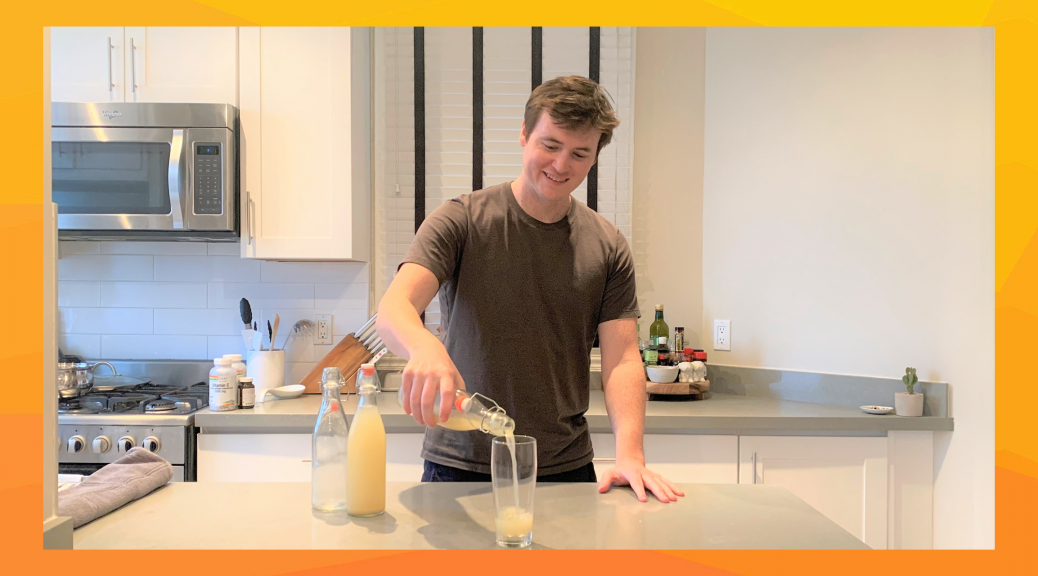 All was good for Bay Area resident Miles Gotcher, who grew up with the best of everything – a supportive family, solid education, and a stable work pace — Until he was struck by Irritable Bowel Syndrome (IBS), which led him to start his own ‘stomach-soothing’ drink Soov.

Now a big hit among those looking to ease their tummy troubles with a more thoughtful alternative, we delved into the story of Soov, and how it’s founder built it from the ground up, and into all of our top shelves.
Read more to find out about the workings of this much loved drink – and the man who made it all happen.

In Miles’s own words –

My health journey is the main reason I started Soov. Irritable Bowel Syndrome (IBS) isn’t a simple diagnosis where a doctor can run a single test and determine you have it. It’s an umbrella term for stomach issues so getting there is a long process of different medicines, diet changes, and procedures to rule out everything else. It’s a personal journey where everyone with IBS hopefully finds different techniques to ease their symptoms. For me, I wanted to take the strong prescription medicines as infrequently as possible so I turned to things like meditation, acupuncture, ginger, baths, and more.

“There were a lot of challenges and I underestimated how difficult bringing a new beverage to market would be.”

One particular low point always comes to mind when I hear this question. Right before we were about to bottle the first run of Soov, our contract manufacturer had a truck accident while moving some of their equipment. Thankfully no one was hurt but their equipment was destroyed. Finding a manufacturer to bottle a new drink is incredibly difficult so this was a huge blow and the closest I came to giving up. Fortunately, we got lucky and were able to find an amazing manufacturer not too far from the original one. 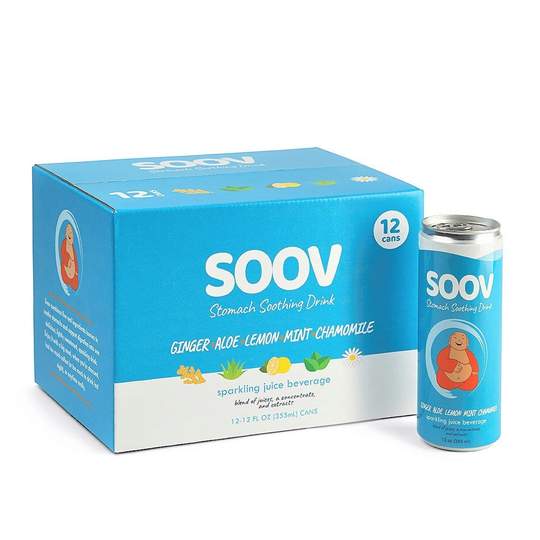 Trial – Error, and the origin of the perfect drink –

When I was having bad stomach days, my go-to treatment was to drink a ton of ginger ale and have some plain rice. However, I learned that ginger ale is typically just sugar water with a little ginger flavoring. So the sugar was likely making my stomach worse and I wasn’t getting any of the benefits of ginger since it was only a flavoring. So I set out to make my own home remedy using real ginger juice and other ingredients I researched and found had digestion benefits. With a lot of experimentation, it began to taste really good even with barely any added sugar. I started giving it away to friends and family who, even if they didn’t have stomach issues, loved it. That’s when I realized I had something and wanted to share it with the world. 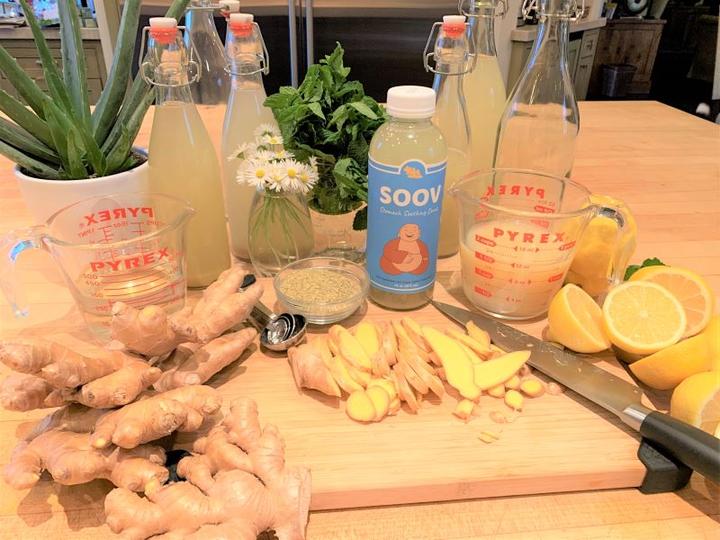 What goes into the making of Soov?

Soov is made with real ginger, aloe, lemon, mint, and chamomile which are all ingredients that have digestion benefits supported by research. After I had a recipe I liked in the home kitchen, I teamed up with food scientists, dietitians, beverage experts, functional nutritionists, food safety experts, and more to develop a commercially viable formula. It was a long process but the end result came out amazing!

I thoroughly researched the ingredients and formula. I also researched the market and how many people are impacted by digestion issues and the results were shocking. Even though Soov is not a medicine, there are a lot of people out there drinking ginger ale when their stomach feels off that will certainly find Soov to be much better. 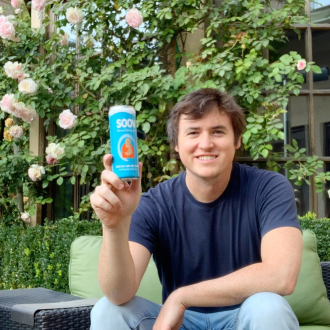 The road ahead.
What does the future hold for Soov?

I’m incredibly proud of how far we’ve come in the last 6 months since the launch of Soov. We’ve shipped hundreds of orders to 30 states. Now that Covid is starting to get under control and people are returning to normal life, the goal is to get Soov in stores, offices, restaurants, and more.

There isn’t too much competition, Soov has a unique flavor and combination of ingredients. There are some lower sugar ginger ales but those still have much more sugar than Soov and likely far less ginger and juices.

What sets Soov apart is that it has 80% less sugar than ginger ale, 31% real juice, and 5 ingredients with digestion benefits.
Which is what makes it the healthier, more conscious alternative to the existing options for those who struggle with stomach issues on a regular basis.
This really does make life a lot more easier for people like us.
One sip at a time.


Join ebiz Hangover
Get News & Tips from around the eCommerce World delivered
straight to your inbox. Be a successful eStore owner.
Subscribe to our Weekly Digest.